A program titled "Improving Our Local Food System" is scheduled for 9 a.m. to 5 p.m. April 19 in the Empire Room at the New York State Fairgrounds.

Anyone from farmers, processors, distributors, community partners, educators or policymakers should come to talk about how to advance the local food system in Central New York.

The program will consist of three panelist discussions on the topics of Food Distribution Models, the Emerging Brewing Industry and Accessing New Markets. Through this collaborative effort, all sections of our local food system will be brought together for an opportunity to learn, connect, share, and collaborate.

There is no fee to attend. To register,go to www.cceonondaga.org/events

Posted by Empire State Farming at 12:00 AM No comments:

Learning why an animal died is a good first step to preventing future losses. This class will review what the veterinarian is looking for and when it is an appropriate time to conduct the evaluation. The most valuable animal on your property is the one that just died, because there is much to learn from a necropsy.

Dr. Deanna Fuller, a veterinarian with Countryside Veterinary Clinic in Lowville will lead this workshop. Discussion will cover when it is appropriate to do a necropsy, your safety when doing a necropsy, and techniques and evaluation.


There is no cost to attend. Space is limited to the first 20 people. Contact Ron Kuck, dairy livestock educator with Cornell Cooperative Extension of Jefferson County (315-704-8810, rak76@cornell.edu) to register.

The event is sponsored by CCE of Jefferson and Lewis counties; New York State Department of Agriculture and Markets; and the Southern Tier Stocker Cattle Initiative.
Posted by Empire State Farming at 12:00 AM No comments:

Money Put Back in State Budget for ROPS Program

From the office of state Sen. Patty Ritchie:

A total of $250,000 has been put back into the new state budget for the lifesaving Rollover Protective Structure (ROPS) Rebate Program, which equips tractors with special safety equipment to avoid tractor overturns.

Funding for this program had been eliminated in the governor's Executive Budget proposal.


Tractor rollovers are the leading cause of death on American farms, claiming the lives of nearly 100 farmers across the country annually. While most tractors built after 1985 have built-in rollover protection, tractors manufactured prior to that date — which many farmers use — do not have the safety feature in place.


The ROPS Rebate Program helps protect farmers by covering about 70 percent of the expense of purchasing and installing ROPS, which typically cost between $800 and $1,200.

In the last 11 years, the program has outfitted more than 1,500 tractors across the state with the rollover-prevention device. However, nearly half of the tractors on New York state farms are still operating without it.

Posted by Empire State Farming at 8:13 AM No comments:

Go to http://www.watertowndailytimes.com/news03/man-killed-when-theresa-sugar-shack-collapses-high-winds-causing-damage-across-north-country-20180405 to see the story.
Posted by Empire State Farming at 12:00 AM No comments:

Go to http://www.watertowndailytimes.com/news05/new-food-processor-job-created-to-bring-more-local-food-to-school-cafeterias-20180405 to check out the story.
Posted by Empire State Farming at 12:00 AM No comments:

Included in the spending plan is $54.4 million for New York’s leading industry, nearly $20 million of which is the addition of funding or the restoration of cuts made in the Executive Budget and Assembly proposals.


“New York’s hardworking farmers have very difficult, demanding jobs,” Ritchie said. “Through this critical funding, we are demonstrating that we support their efforts to grow and produce the fresh foods we depend on, and that we recognize how important they are to the success of New York’s leading industry."

"I am excited to see how the new state budget further strengthens New York agriculture today — and in the future,” she said.


The 2018-2019 budget includes funding for many innovative programs, including a second round of the “Seeds of Success” program, which helps schools create or expand an agricultural curriculum to encourage students to consider careers in agriculture.


It also funds — for a fifth year — the “Beginning Farmers” grant program that assists new farms with grants of up to $50,000 to help with the purchase of land, buildings, tools and other farming necessities. 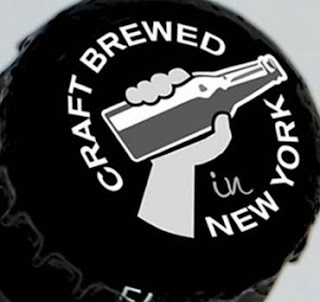 
**  Funding for a new farm-to-school program, building on efforts to grow markets for local farmers by increasing the amount of locally produced foods in school lunches;


·        ** The restoration of funding for programs that are critical to helping dairy farms with education, research, marketing, profitability and sustainability, including FarmNet, which works with family farms on business analysis, farming with family, retirement planning and personal well-being.

In addition funding has been awarded to a number of Cornell University-based programs such as its Diagnostic Lab, its Quality Milk and Cattle Health Assurance programs, and new funding has been created for Cornell’s Salmonella Dublin program to help farmers diagnose and contain the deadly disease, which impacts dairy herds.

Funding has also been restored to programs such as Northern New York Ag Development, PRO-DAIRY and the Farm Viability Dairy Profit teams, which work with farms to develop profitability and sustainability strategies;

**  The restoration of funding for vital programs designed to support agriculture education;


·        ** Restored funding for Tractor Rollover Protection Program, which helps equip tractors with an important piece of safety equipment that helps reduce the risk of injury in the event of a tractor overturn; and


·         ** The restoration of funding to continue fighting diseases such as EEE and rabies.


Since becoming chair of the Senate Agriculture Committee in 2011,  Ritchie has been successful in efforts to secure more than $79 million in restored budget cuts and new funding to help the more than 35,000 farms across New York state.

Posted by Empire State Farming at 7:38 AM No comments: